This project was completed as part of coursework for my MSc in Human-Computer Interaction. We designed a campus navigation app, with a user-centered approach.

I collaborated with Kate Johnson, Iris Lau, and Bowei Zhang on this project.

We were tasked with designing a navigation app for the University of York campus, with a focus on 3 key features that emerged from research. To do this, we used a range of methods including:

Our very first step was to conduct a series of 1 on 1 interviews with potential users of the campus navigation app. We interviewed 11 students and 1 staff member.

Our interviews revolved around 2 main topics:

We then used affinity mapping to group and prioritize our results. 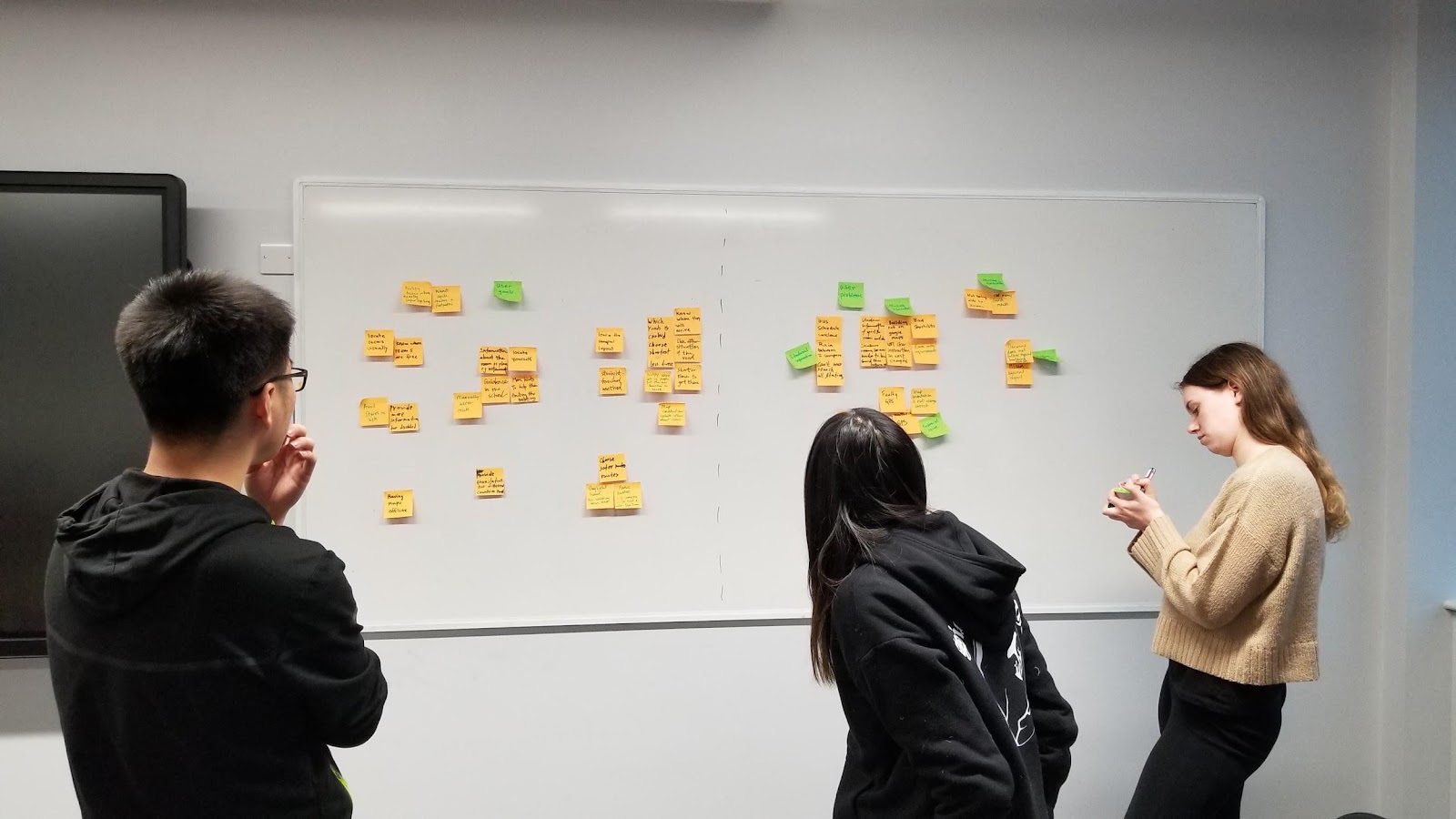 We learned a lot about what mattered to navigating on campus:

We then focused on the most common needs and used those to build personas. The personas were designed to be diverse in many ways, such as gender, age, ethnicity, occupation, digital inclusion etc.

Here is an example of one of the personas we created:

Next we used scenario based design to understand how someone like Yi currently navigates on campus, and what additional features could help her.

Based on our user interviews and persona scenarios, we came up with the following features to test a prototype:

We started out with pen and paper wireframes. Here are some that we made:

Then, we made a higher resolution prototype using Figma.

We evaluated the prototype using Petrie and Power’s usability heuristics. This is basically a process of identifying usability issues, and rating how important those usability issues are. When we had reached a consensus on the most important issues, we corrected those problems in the designs.

Finally, we brought the prototype to a new set of participants. We opted to use paper prototypes at this stage so we could focus on the features and not on the limitations imposed by most prototyping tools (e.g. no ‘pinch-to-zoom’ on maps).

We did in-person usability testing. We had a series of tasks for participants, and would simulate screens changing with the paper prototype. We asked participants to ‘speak their thoughts aloud’, per the ‘think-aloud’ protocol.

Participants highlighted usability issues, and we asked participants to also rate how severe those issues were. Based on these ratings, we made several changes to the designs and functionality.

For example, one of the desired features was an option to search for well-lit paths at night, as some areas of the campus are dark and isolated. In our usability testing with participants, several participants highlighted that that they wanted better feedback to know when the feature was active:

Our final design included a range of features that were suggested and validated by participants. A few of the screens are below